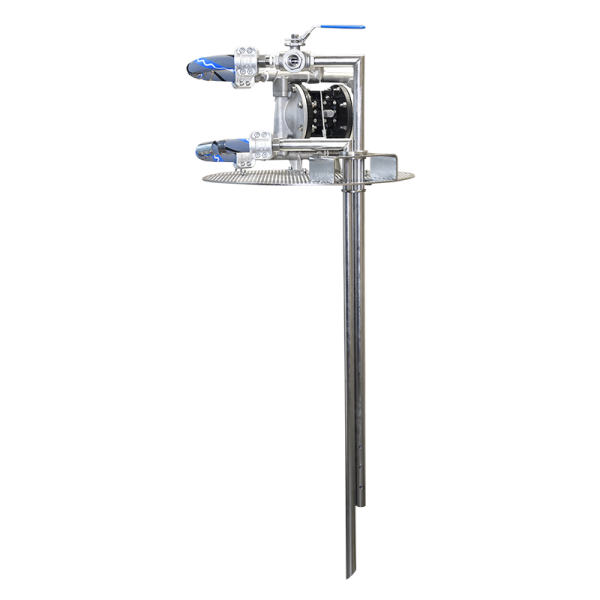 Do you have questions?

Description
Description
For liquids which have to be mixed prior to processing and then pumped or which are containing...more
Close menu

For liquids which have to be mixed prior to processing and then pumped or which are containing small solids, the new diaphragm pump mixing system with an integrated air-operated doublediaphragm pump from Lutz is the perfect solution.

The mixing and pumping process is made via a suction and mixing tube and a 3-way tap. The pre-assembled system is immediately ready for use with a few simple steps and is also suitable for explosive liquids.

Accessories 2 Similar products
Accessories 2
Nozzle stainless steel
Universal chemical hose
Similar products
Double diaphragm pump 1/2 made of stainless steel (PTFE version) (bolted version)
This website uses cookies, which are necessary for the technical operation of the website and are always set. Other cookies, which increase the usability of this website, serve for direct advertising or simplify interaction with other websites and social networks, will only be used with your consent. More information
Decline Accept all Configure